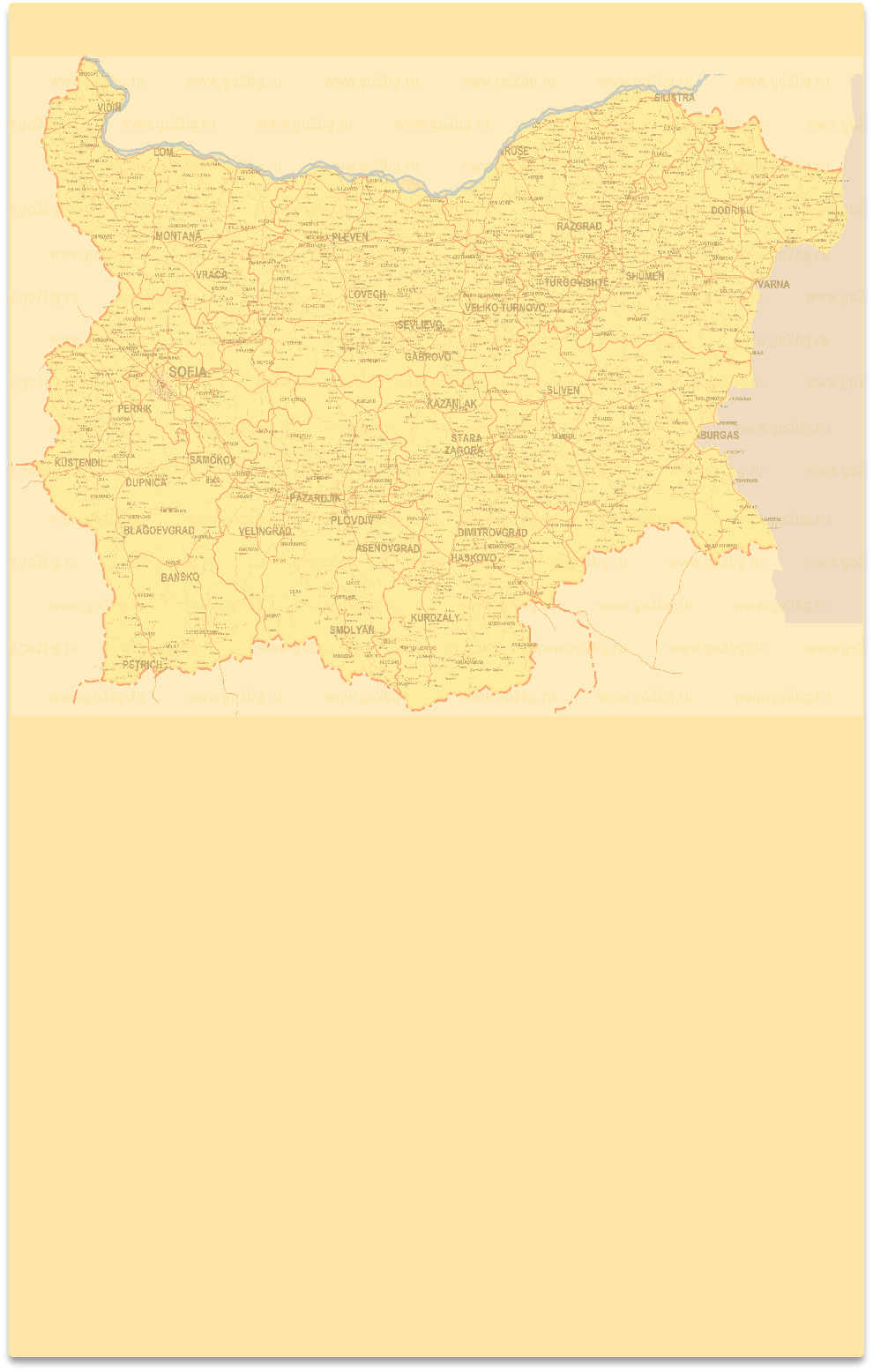 Bulgaria is a small fabulous country located in south-east Europe. In the north, it borders on Romania, as the two countries are separated from the blue waters of the Danube River. In the west, its borders touch Serbia and Macedonia, and our southern neighbours are Greece and Turkey. The eastern border is completely water - the sunny beaches and waters of the Black Sea. The population of Bulgaria counts 7 300 000 people, the total Bulgarian territory is 111000 square kilometres. Thanks to the geographic position of the country, here, you can enjoy 4 different seasons - blooming spring season with temperatures suitable for long walks; sunny and warm summer full of entertainments on the sea coast; golden autumn, that variegates forests and mountains with bright and picturesque colours; and snowy winter calling on everybody to join the ski tracks.

Bulgaria is known as one of the countries with the most beautiful nature in Europe. Enormous natural variety reigns throughout these 111000 km2. High mountains, like Rila and Pirin, and the Balkans, are famous for the large winter resorts, as well as for the rich animal and vegetative kingdom, not only with the country and Europe but also all over the world. The highest peak on the Balkans – Musala, which is 2925 m, is in the Rila Mountains. High-water Rivers cross the whole territory which results in rich harvests in all parts of the country. The mountains and forests of Bulgaria hide not only various beastly and vegetable sorts and species but also miraculous spots created by nature – clear lakes, amazing waterfalls, dark caves keeping secrets and legends, a great variety of weird natural shapes as well as magic mineral spas – that can cure any familiar illness.

The longest Bulgarian river is the Danube – 470 km (on the Bulgarian territory), which appears to be our natural northern boundary with Romania and mouths into the Black sea.

The Bulgarian Black Sea shores are also motley and picturesque, and, on the north, you can see rocky and virgin beaches with rich and harsh nature and, on the south, among the yellow sand dunes, some of the largest resorts in Bulgaria - Sunny Beach, Nessebar and other are situated, full of numerous hotels of all classes that provide any kind of luxury. During the high summer season, these resorts attract thousands tourists from all over the world, ready for party or holiday.

Bulgaria is a crossroads and transitional area between Western Europe, the Near and Middle East and the Mediterranean. Some of the main common European transport corridors pass through Bulgaria, from Western and Central Europe to the Near and Middle East; from the Baltic Sea to the Aegean Sea and Adriatic. Within the trans-European networks, Bulgaria is also related through the segments Berlin – Prague – Budapest – Sofia – Thessalonica and Istanbul, and Duras – Tirana – Skopje – Sofia – Varna and Burgas.

The biggest cities in Bulgaria are: Sofia, Plovdiv, Varna, Burgas, Ruse, Stara Zagora and Pleven. Along the Black Sea coast you can find the following resorts: Rusalka, Albena, Golden Sands, Riviera, Chayka, Slanchev Den (Sunny Day), St. St. Constantine and Elena, Obzor, Elenite, St. Vlas, Duni, Nessebar, Ravda, Kiten, Pomorie, Chernomorets, Sozopol, Lozenets, Tsarevo, Ahtopol, and Sinemorets. Part of the hotels of the Black Sea resorts work year-round and provide options for congress tourism. The mountain resorts like Pamporovo, Borovets and Bansko are world-famous. Pamporovo is situated at 1650 m above sea level in the Rhodopes. The snowy days are over 150, and the ski tracks have lengths from 800 to 3800 m. Borovets is situated in the Rila Mountain, at 1350 m above the sea level. It has perfect ski tracks, and the biathlon track is one of the best worldwide. Bansko is the fastest developing mountain resort in Europe. Besides offering world level ski tracks, Bansko has over 140 cultural monuments.

Bulgarian villages are famous for their beautiful nature and hospitable people. Many of them successfully develop rural tourism which will let you get in touch with the traditional Bulgarian way of life and culture, become part of the Bulgarian traditions and habits, as well as try traditional Bulgarian meals prepared on recipes preserved over the centuries. With its biological diversity, Bulgaria occupies the second place in Europe. There are over 12 360 species, 3700 of them being first class quality. The Red Book of Bulgaria includes 763 species. About 750 plants have been registered as healing, 70% of them being valuable economic species and the country exports about 15 thousand tons of herbs annually. 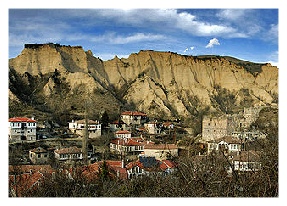 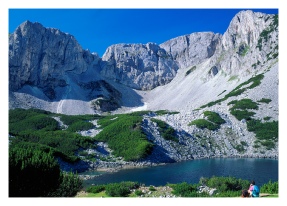 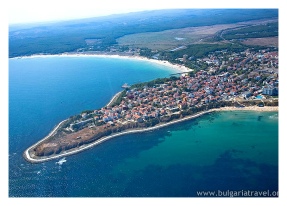 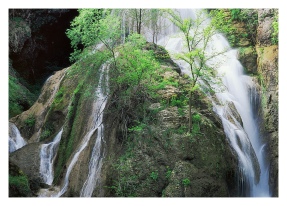 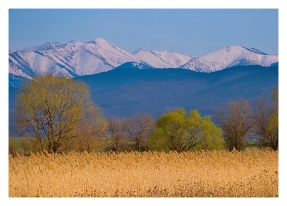 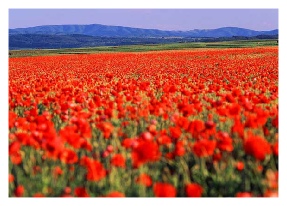 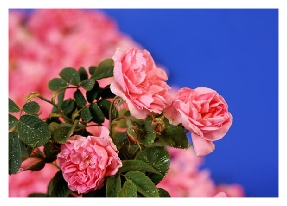 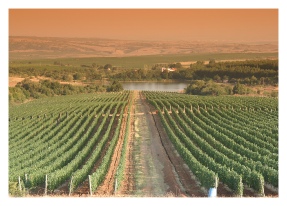 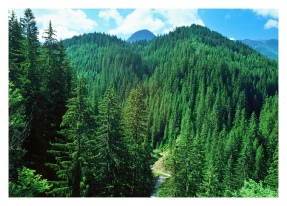