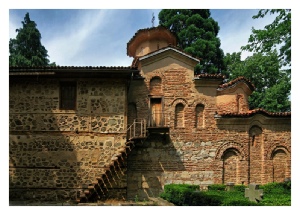 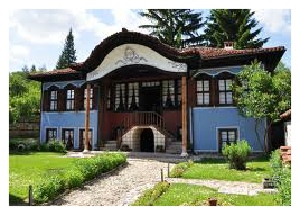 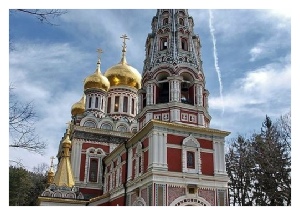 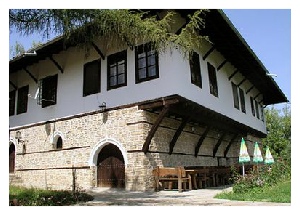 World heritage list of UNESCO has 936 sites, which are located in 153 countries.

The main objective is to promote and protect places or objects, which are unique.

Day 1- Arrival in Sofia- meeting at the airport, transfer and check in 5* hotel.

Sofia is the capital of Bulgaria and also the largest city. Prehistoric settlements date back before the 7th century BC, when Thracians established their city around a hot spring, which exists to the present day. Sofia has had several names in the different periods of its history. Its ancient name, Serdika, derives from the local Celtic tribe who inhabited the region around the 1st century BC. Later, it became a Roman city within the territorial holdings of the Roman Empire. In the middle Ages, it was one of the major commercial centers of the Bulgarian Empire. In 1879, Sofia was declared Capital of Bulgaria after the Liberation from Ottoman rule.

Boyana Church- The church is one of the cultural symbols of Bulgaria and was included in 1979 in the UNESCO List under № 42 as a cultural monument. It is the most famous landmark of the second Bulgarian Kingdom and the then epoch, literature, high medieval culture, spell the advent of the Renaissance in Europe.  The importance of the Boyana Church as a monument is mainly due to the exceptional murals, occupying a leading position in medieval art in Europe in the thirteenth century.  The unknown master painters were summarized with a general term Boyana master, although the murals were created by different people in different periods of the Bulgarian history. They are portrayed the images of Christ, the biblical and traditional scenes, figures of saints, the portraits of Kaloyan and his wife Desislava, dressed in formal wear, King Konstantin and Queen Irina. Next is walk in the city center and seeing the sights of:

 The Statue of St. Sophia

 The official workplace of the President of Bulgaria

At the dinner you can enjoy traditional folk music and dance, and try typical Bulgarian kitchen. Overnight in Sofia.

After breakfast we head to the museum- town of Koprivshtitsa-a beautiful small town nestled in the arms of Sredna Gora Mountain, surrounded by pine trees, rivers and streams. Place, where you can feel the wonderment of the Bulgarian spirit. Walk through the cobblestone streets and seeing the beautiful house-museums. Transfer to Kazanlak town-called the City of Roses. Centuries-old tradition of picking roses and manufacturing of the world famous treasure-pure rose oil is preserved. Visit the Tomb of Kazanlak, included in the list of World Heritage by UNESCO in 1979 under № 44. It is a rate testimony of building mastery of the Thracians and the art of painting during the Hellenistic era. This is also the oldest and only one with preserved frescoes in Europe. It was built at the end of the 4th century BC, and was intended for a Thracian nobleman. The murals depict the unique scene of heroic deceased and his wife, seated at a funeral feast, accompanied by servants, musicians, guards, and coachmen. Images are an important source for the study of life, lifestyle, clothing, weapons and appearance of the Thracians. Visit the Museum of the Rose which is unique and dedicated to the oil plant-the rose. At the evening we will spend our time in a very pleasantly place, called “Bulgaran”. Here you will feel the true nature of Bulgarians, unique Bulgarian traditions in the incredible atmosphere, which is created by the orchestra, the taste of real barbecue, folklore shows, fire dancing, mummer show, demonstration of ancient martial arts.

After breakfast we head for the city of Veliko Tarnovo. On the road to the city is planed an examination of architectural and ethnographic complex “Etar”. An open-air museum and one of the districts of Gabrovo, which shows the beauty of the Bulgarian customs, traditions and crafts.     It contains over 50 objects, including water installations and houses with craftsmen stores. Next is departure to Veliko Tarnovo- the Old Bulgarian capital. You will enjoy the picturesque landscape of this city with millenary history and its unique Renaissance architecture. Walking tour and seeing the following sights of:

In the evening await visit the unique light show “Sound and Light”, which is presented to the hill-fortress “Tsarevets”.  Through lighting effects and music we will turn you back centuries ago and will introduce you the story with its wars, ups and downs.

Seeing the sights of Arbanassi. (4km. from Veliko Tarnovo)

Arbanassi is a real paradise for visitors with its monumental National Revival architecture of the houses and the churches in the 16-17 centuries. There are 80 preserved houses, 36 of which are national monuments, and some of them have 300 years old history.

Visit of Ivanovo rock churches, included in UNESCOS’s World Heritage in 1979 under № 45. They are located in about 20 km from Ruse. Created in XII century monastery complex they form nearly 20 medieval churches, chapels and cells in which archeologists discovered more than 300 rooms. Preserved frescoes and inscriptions testify to the great flowering of monastic colony in 13-14 century to the 17th century. Travel to Ruse- one of the most beautiful cities and the fifth largest in the country. Some people call it “Little Vienna”, while others call it “Most European city”.

The city is the largest Bulgarian port on the Danube and one of the economic centers in Northern Bulgaria. The downtown area is known for its Neo-Baroque and Neo-Rococo architecture from the end of the 19th century, and the beginning of 20th century.  The buildings are unique with their style- baroque, modern, neoclassical, and the facades are decorated with bay windows, balconies, columns, pilasters, arches, sculptures, busts, monograms and emblems. The style of many of them is influenced by the Viennese architecture.

After breakfast we are going to visit the Thracian Tomb of Sveshtari, which is located 34 km northeast of Razgrad.  It is inscribed on the UNESCO World Heritage List in 1986.

A Thracian-Hellenistic Tomb of the first half of the third century BC. It is a royal tomb, in which probably was buried the king of Gath Dromihet. The tomb is a unique monument of Thracian Hellenistic art from the first half of 3th century BC. Sveshtari Tomb is a monument with great artistic and historical value, clear evidence for the contribution of the Thracian in the world cultural heritage.

The next object on the UNESCO World Heritage List is Madara Rider. It is located 5 km east of Shumen. Only in Europe monument stone relief in the beginning of the 8th century. The relief depicts a majestic rider 23 m above ground level in an almost vertical 100 m high cliff.

It depicts the triumphal scene of a horseman, who is thrusting a spear into a lion lying at his horse’s feet. This scene symbolized the greatness of the Bulgarian ruler and the power of the Bulgarian state.

We are going to the city of Varna. Through the road is considered the unique natural phenomenon Pobitite Kamani which has no analogue in the world.  It consists of several groups of natural rock formations on a total area of 7 km².  The columns do not have solid foundations, but are instead hollow and filled with sand, and look like they are stuck into the surrounding sands, which give the phenomenon its name.

It is claimed that the area Pobiti Kamani is a very strong energy region and this is one of the messages of the nature to us.

Accommodation and overnight in Varna.

• “Dormition of the Theotokos” Cathedral

Travel to Nessebar-Old Town, inscribed on the UNESCO World Heritage List in 1983.

It is located on a small peninsula, connected to the mainland by a narrow causeway. One of the oldest cities in Europe founded more than 3,000 years as a fortified Thracian center under the name Mesebria.  They are preserved valuable cultural and historical monuments- the ancient fortress wall in 5-4 century BC, Byzantine Churches from 5-6 centuries, Bulgarian Churches from 10-14 century, more than 60 revival houses from 18th century, united in beautiful architectural ensemble, windmills, and beautiful cobbled streets and squares.  Walk and spare time.

Transfer to Burgas and accommodation.

After breakfast we head to the city of Plovdiv-southern Bulgarian’s capital.  Plovdiv is recognized as one of the most important cultural and historical centers. Old Plovdiv will be proposed for inclusion in the UNESCO list of monuments, which are part of the World Heritage.

Next is a walking tour through Plovdiv- visit to the old town and the following landmarks: The Roman Theater, The Ethnographic Museum, Mosque Dzumaya, Lamartine’s house, a Museum of Bulgarian Renaissance, Roman stadium and others. Walk along the main street in the city centre, where you can enjoy the spirit of the European Renaissance. Spare time.

Travel to Brestovitsa, and to wine cellar TODOROFF, which is the first boutique winery in the country. Gourmet dinner with wine tasting, where you will enjoy a rich menu of culinary masterpieces of European cuisine and local dishes, combined with elite wine from the cellar.    Overnight in Brestovitsa, TODOROFF Wine and Spa Hotel.

Our next visit is to the famous ski resort Borovets and Rila Monastery, included in UNESCO list in 1983. Borovets is the oldest ski resort, 1350 meters above sea level on the northern slopes of Rila Mountain, at the foot of highest peak Musala (2925m).  Old pine forests, cloudless sky, silence of the mountain, and aromatic cup of herbal tea will charm you here.

Rila Monastery is one of the most important cultural, educational and literary centers in Bulgarian history.  The monastery is located in the southwest of Bulgaria 117 km from Sofia and 1147 meters above sea level, in inaccessible part of the majestic Rila Mountain, among beautiful nature.

The largest monastery complex in the Balkans (outside Mount Athos), It is important Christian, cultural and educational center.  It is majestic monument of Bulgarian medieval and renaissance architecture and painting. It was founded by Bulgarian saint Ivan Rilski and his followers in the 10th century.   Its walls are richly decorated with frescoes, characterized by a high artistic value and original iconographic quality. Visit the monastery complex and its museum display.

Transfer to Sofia and accommodation at hotel.

Depending on the flight schedule you will have the opportunity for a walk in the centre of the city, and also go shopping in a large commercial center.  Transfer to the airport.

• Transfers from and to the airport

• Transport by luxury bus. In all the time the group will be accompanied by a Chinese-speaking representative of Demi Travel

• Overnights in 4-5* hotels in Bulgaria 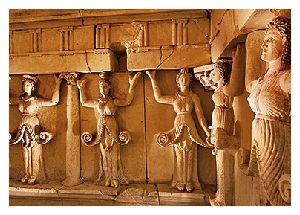 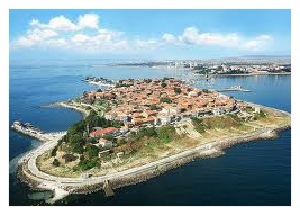 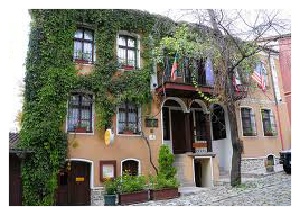 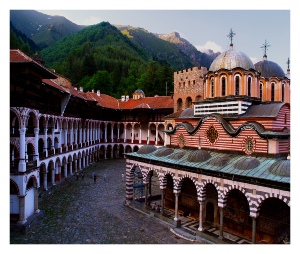 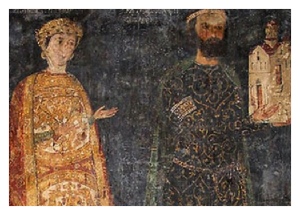