Demi Travel took part in the International Tourism Fair COTTM (China Outbound Travel and Tourism Market), which was held from 9th of April to 11th of April 2013 in Beijing, China. It established as one of the most important exhibitions in China and among the most prestigious B2B tourism fairs in the world. This year COTTM welcomed over 275 exhibitors from 62 countries. Demi Travel participated with its own stand, which promotes Bulgaria as a new and attractive destination for Chinese market, and presents their own programs for different purposes. Emphasis in this presentation is programs involving Bulgarian monuments, cultural heritage, natural resources, providing quality Spa activities,  for golf tourism, Bulgarian traditions and especially the Bulgarian rose holiday.

In June 2013, Demi travel involved in organizing the first ever educational exhibition,

The exhibition presented study options at 23 universities and 5 high schools, including:

China plans to provide in the period 2012 - 2017 г 5,000 scholarships for education of students from Central and Eastern Europe, as well as building support institutes "Confucius" and lecture "Confucius" in these countries. In this period, China plans to invite 1,000 students from these 16 countries to study Chinese. In order to strengthen the Inter-University exchanges and collaborative research over the next five years China will send 1,000 students and scholars specializing in CEE countries these countries to deepen mutual understanding and friendly relations. 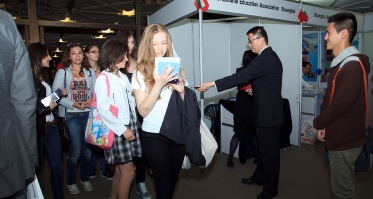 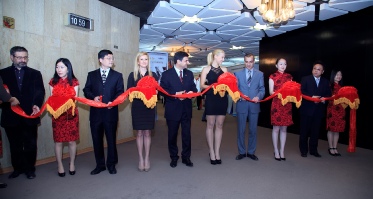 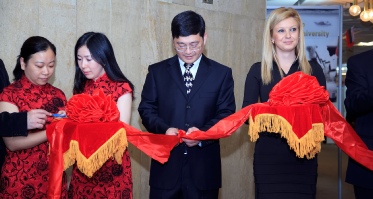 In August 2014, Demi travel's team welcomed the participants of the Chinese production of the reality show "Survivor". It is interesting that the Chinese, do not bet on traditional format, in which the competitors are exiled on a desert island in extreme conditions. They choose a picturesque and pretty village in Rhodopi Mountain, where the modern urban man of multi-million city of Shanghai will touch the Bulgarian nature, lifestyle and culture.

Seven participants from the  Chinese production are placed in local homes in the village, where they start to chop wood, to prepare local meals, to knit on  two hooks, they will dig out potatoes and will take themselves out of the laying of the egg and will prepare themselves breakfast on the morning. Without translator, the participants in the  format ,will be immersed in the daily life of the locals in a family environment for seven days,  then will "survive" some days with a fixed budget by Bulgarian standard. The mayor of village also  accommodate one person. The seven participants in the reality show format,  were selected among the 7000 people wishing to visit the pretty  village on specific criteria - educated young people aged 24 -32 years, working in the big city from morning till night, using only 7 days of annual holidays, and which are  not leave before China.

The broadcasting of 45-minute episodes of the show will begin in late September 2014 on TV in China. From two years in the country is going a big advertisement for Bulgaria- known and unknown, and the four aspects which are most impressed for the Chinese tourist- Bulgarian rose, Bulgarian yoghurt, the charming wine and natural mineral waters.